A Book For All Eternity: Michael Rivers and Marissa Farrar

The Sun Stopped Shining Blog Tour continues. Yesterday, I asked the question: if the world ended and you could leap into a book and live there for all eternity, what book would it be? Today I'm featuring answers by a few fabulous authors: 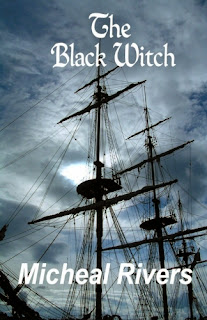 First Michael Rivers who has a great new book called THE BLACK WITCH.
The Reality of Illusion
It was the adventure of a life time. In an obscure marina off the shores of Maryland a schooner unlike any other ever built was discovered. Dorian and Diana Coe purchased the schooner and sailed from the shores of tranquility into the bowels of hell itself. Prurient tales of suicide, murder, and the disappearance of an entire crew were hand written within the ship's logs. On her decks sailed a well seasoned Captain and crew that never knew the schooner's shadowed past. The new owners ignored the words of men with integrity and sailed the Black Witch in the Spring of 1935. Into the realms of illusion and pure evil the ship and its compliment sailed never knowing the fate awaiting them!
You can buy The Black Witch at the following:
Amazon http://amzn.to/taBOXu B & N  http://bit.ly/mhQ24U
Smashwords  http://bit.ly/qF
So what book would Michael live in for all eternity?
"The Count of Monte Cristo by Alexander Dumas because I love to plot and execute revenge and be able to do it with style."
Visit Michael's Website  at http://michealrivers.com/
You can also visit Michael on Facebook at www.facebook.com/MichealRivers.Author and
Facebook Paranormal Team http://www.facebook.com/SmokeyMtnGhostTrackers
You can follow Michael on Twitter @Michael_Rivers aka https://twitter.com/micheal_rivers
Second today we have Marissa Farrar. Marissa has written a page-turner called ALONE (Book One in the Serenity Series).
Caught in a violent and abusive relationship, Serenity thinks there is no escape. Upon meeting a dark and intriguing stranger, Sebastian, she is shown the possibility of a different future.

Only Sebastian has a secret; he is a vampire.
As Serenity's life takes a terrifying turn, she finds herself drawn into a world she never knew existed; one of murder, love and immortality. She is forced to confront her own weaknesses to save her own life and that of the vampire she has come to love. But in the end all that matters is; can she find the strength to be 'Alone'? 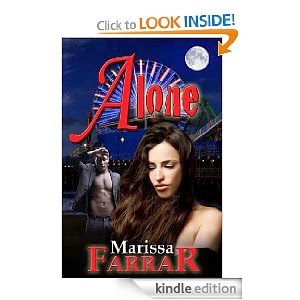 Book title: Alone (Book One in the Serenity Series).
Buy Alone at the following:
Amazon link: http://www.amazon.com/Alone-The-Serenity-Series-ebook/dp/B005J5DL66/ref=sr_1_1?s=digital-text&ie=UTF8&qid=1324034300&sr=1-1
Barnes & Noble link: http://www.barnesandnoble.com/w/alone-marissa-farrar/1020987935?ean=2940013050259&itm=1&usri=alone+marissa+farrar
If she had to live for eternity in a book, which would it be?
"If I could live in one book where the world ends it would have to be Stephen King's 'The Stand'. The reason is because of the characters. I think I fell in love with Stu when I first read 'The Stand' as a teenager."
You can visit Marissa at her Facebook page:https://www.facebook.com/marissa.farrar.author or at her
blog:http://www.marissa-farrar.blogspot.com/
Visit the other blogs on the tour by going to this link: http://www.sunstoppedshining.blogspot.com
*LEAVE A COMMENT ON THIS POST TO ENTER TO WIN: AN EBOOK COPY OF ENTANGLEMENTS OR THE GRAND PRIZE $20 AMAZON GIFT CARD.
Posted by Confucius Cat at 4:46 AM