Just a few more days until a new GIVEAWAY for a print copy of ENTANGLEMENTS will be live on Goodreads. CHECK IT OUT!

Posted by Confucius Cat at 12:24 PM No comments:

Fated Hearts is a FREE ebook for a the next two days at Amazon.com: http://amzn.com/B006XVD53O 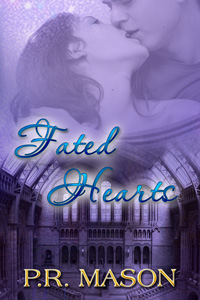 EVE has always played by the rules, afraid to take chances. HOLDEN wants to change that. She's certain they've never met before...or have they? Holden seems so familiar, but who is he? What is he? Yesterday her biggest challenge was trying not to bomb on her SATs. Today, paranormal forces have transformed an ordinary high school dance into a test of fate vs. free will and loving Holden could be Eve's end.
****Fated Hearts is an 11000-word paranormal romance novella. An excerpt for the full-length novel, Entanglements is included at the end.
Posted by Confucius Cat at 6:02 AM No comments:

Last night I was interviewed live on Blog Talk Radio by Parayournormal. The spot was archived so you can still check it out!

Posted by Confucius Cat at 7:36 AM No comments:

Woohoo! I'm off on a blog tour organized by Bewitching Blog Tours. Here are the stops. I hope you can all join me along the way.
January 16, 2012 and January 17, 2012
Review + Author Interview on the 16th and a Character Interview on the 17th
Breaking Bookshelves
(http://breakingbookshelves.blogspot.com)

MY INTERVIEW IS UP! http://rai29bookreadnreview.blogspot.com/2012/01/author-interview-pr-mason.html

My promo is up! http://saphsbookblog.blogspot.com/2012/01/virtual-book-tour-promo-pr-masons.html

My post is up! http://www.fang-tasticbooks.blogspot.com/2012/01/interview-with-princely-vampire-and.html
Jan 24 Guest Blog and Review
http://booklovershideaway.blogspot.com/?zx=1cfb93fcbb41e840

My post is up! http://www.bookflame.blogspot.com/2012/01/entanglements-blog-tour-guest-post-by.html
Jan 31 Guest Blog (possible review in Feb)
Gravetells.com

My interview is up! http://jeanzbookreadnreview.blogspot.com/2012/02/author-interview-prmason.html
Feb 12 Guest Blog
http://www.curlingupbythefire.blogspot.com
Curling Up By The Fire
Feb. 15 promo spot & review
Reader Girls
http://www.readergirlsblog.com/
Posted by Confucius Cat at 5:21 PM No comments: 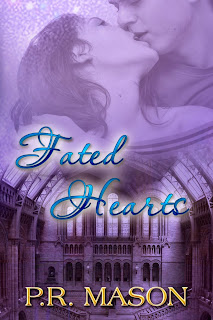 Eve's always played by the rules, afraid to take chances. Holden wants to change that. She's certain they've never met before...or have they? Holden seems so familiar, but who is he? What is he? Yesterday her biggest challenge was trying not to bomb on her SATs. Today, paranormal forces have transformed an ordinary high school dance into a test of fate vs. free will and loving Holden could be Eve's end.
Fated Hearts is a 10,000 word novella coming to Amazon January 15, 2012
Posted by Confucius Cat at 1:41 PM 1 comment: 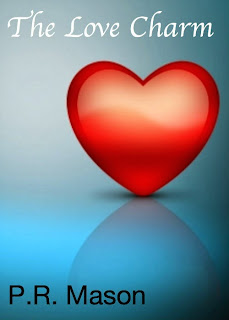 The Love Charm
P.R. Mason
Published by Patricia Mason, writing as P.R. Mason
Copyright 2010 P.R. Mason. All Rights Reserved.
The root doctor said it would work. The love charm. I never believed in magic, or voodoo, or whatever, but I was desperate.
“Don’t fret so, Sarah,” Rayanne said to me as she twisted the steering wheel to avoid a cavernous pothole in the dirt road.
Gripping the armrest of my seat with one hand and the passenger door with the other, I prayed we wouldn’t careen off into the adjacent swamp. There were gators in there and I had a fear of being digested.
The headlights of her 2001 Taurus had little effect in the moonless night. Twin beams lost in the inky blackness of the low country South Carolina backwoods we traveled to reach Mama Leti, Rayanne’s grandmother and powerful member of the Gullah community. I wasn’t Gullah, but Rayanne knew me and Max and she thought...
“How does she make this charm?” I asked. Okay. Maybe I should have asked sooner. “I warn you, I get faint at the sight of blood. Well, not faint so much as unconscious.”
“There won’t be a lot of blood,” she replied. “Mama Leti’ll just make a small cut on the tip of your ring finger.”
Great.
“She’ll mix the blood with a special powder then put it into something like a locket or a key ring.”
My blood sacrifice would be for Max. Lately, he seemed to be acting strangely, like he couldn’t wait to find a wife. How could I expect him to stay single forever? He’d broken up with the latest girl-toy— the twenty-two year old bimbette—a month ago.
Max wouldn’t wait until I mustered up the nerve to approach him and say something like: “I know we’ve been best friends since we were five years old, but I’m in love with you.”
Besides, if I said such a thing he’d probably laugh himself hoarse. No, an honest declaration would be craziness. Not like traveling at midnight to a shack in the middle of a swamp for a love charm. That was oh so sane.
Rayanne floored the break pedal and the car slid in the mud a few feet before coming to a halt. The shack was barely visible. Then, I saw a light from inside as the door opened.
I pulled on the car door handle, swung it wide, and jumped out.
“Let’s get this over,” I said walking down the dark path. Rayanne followed. No sound around us except the cacophony of insects. Give me the city noises any day. This quiet would drive me buggy.
A figure appeared in the door of the shack.
My, my. Rayanne’s grandma was tall and had the broad shoulders of a man in silhouette, I thought.
When we reached the cabin, the light from inside shown on the face of the figure. This wasn’t Mama Leti.
“Max. What are you doing here?”
Examining the ground at his feet, he held out a key ring, then glanced up at me with brown eyes I knew well. “This is for you,” he said.
Acknowledgement
Cover Image from photo by Idea go/FreeDigitalPhotos.net.
Posted by Confucius Cat at 2:51 PM No comments:

Congratulations!
Posted by Confucius Cat at 12:29 PM No comments: